Items related to The Oxford Anthology of English Poetry: Blake to Heaney... 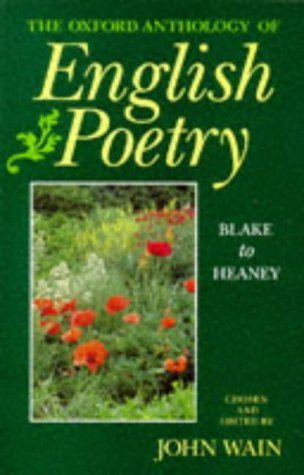 About the Editor: John Wain is a writer who has published some twenty-five books in the past twenty-five years, including various anthologies and many critical studies of poetry.