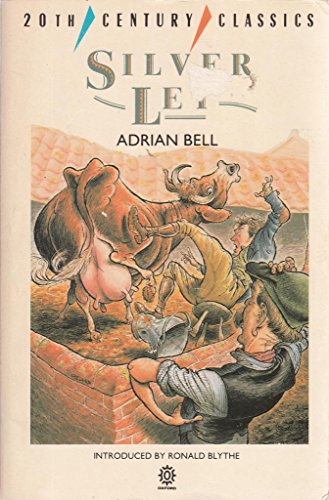 These volumes comprise Bell's celebrated trilogy of novelized memoirs set in the West Suffolk countryside between the two World Wars. The lasting fascination of all three books lies in the contrast between the natural hopefulness of their young author and the economic hopelessness of the scene to which he has committed his life. "A fine and delightful achievement."--The Times (London) Adrian Bell was a journalist on the Observer before becoming a farmer in East Anglia.

Book Description -. Paperback. Condition: Very Good. Silver Ley (20th Century Classics) This book is in very good condition and will be shipped within 24 hours of ordering. The cover may have some limited signs of wear but the pages are clean, intact and the spine remains undamaged. This book has clearly been well maintained and looked after thus far. Money back guarantee if you are not satisfied. See all our books here, order more than 1 book and get discounted shipping. Seller Inventory # 7719-9780192814081

Book Description Oxford Paperbacks 20/10/1983, 1983. Paperback. Condition: Very Good. Shipped within 24 hours from our UK warehouse. Clean, undamaged book with no damage to pages and minimal wear to the cover. Spine still tight, in very good condition. Remember if you are not happy, you are covered by our 100% money back guarantee. Seller Inventory # 6545-9780192814081

Book Description Oxford Paperbacks, 1983. Paperback. Condition: Very Good. A slight tan to page edges Very Good: a copy that has been read, but is in excellent condition. Pages are intact and not marred by notes or highlighting. The spine remains undamaged. Most items will be dispatched the same or the next working day. Seller Inventory # wbb0015192326

Book Description Paperback. Condition: Very Good. The book has been read, but is in excellent condition. Pages are intact and not marred by notes or highlighting. The spine remains undamaged. Seller Inventory # GOR001529206