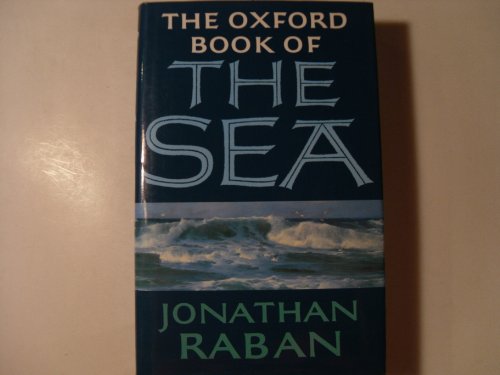 524 pages. Book and Jacket are both in Very good condition throughout.

One of the earliest poems in the English language, "The Seafarer", is about the sea. Britain is a maritime culture and it is difficult to think of its history without bringing to mind such figures as Drake, Hawkins, Raleigh, and Nelson. The language itself is suffused with obsolete nautical terms (aloof, taken-aback, above board), and the literature of the sea in both Britain and America is especially rich. In these extracts the sea assumes a variety of guises - from the scourge of small-boat adventurers to Matthew Arnold's "Sea of Faith"; from the colonial road of 16th-century explorers to the fickle intimate of Hemingway's Old Man; from the Ancient Mariner's phantasmagoria to the wave-formations of modern oceanographers; and from the sublime spectacle viewed by Addison and the 18th-century Enlightenment to Edgar Allan Poe's maelstrom. Arranged in chronological order, the extracts form a history of preoccupations with and ideas about the sea. "The Seafarer's" theme of bleak exile gives way to the practical business of Renaissance explorers, and this in turn provides a subject and a range of metaphors for the metaphysical poets, Milton and Dryden.

With the 18th-century sea travel becomes a more gentlemanly pursuit (although often a disagreeable one as Tobias Smollett discovers), but the subduable, if sometimes inconvenient sea is soon whipped up into an archetypal storm by the Romantics. The 19th-century is remarkable for the numbers of writers who turned professional sailors - Melville, Conrad and Masefield to name but three. In their fictions, and in the records of the later single-handed yachtsmen such as Joshua Slocum and Hilaire Belloc, the sea becomes a striking setting for heroism and adventure. In the late 20th-century these romances seem played out, and the fresh investigations into the mechanics and meaning of the sea have been made more by the poets and oceanographers.

The Oxford Book of the Sea Raban, Jonathan

The Oxford Book of the Sea Raban, Jonathan