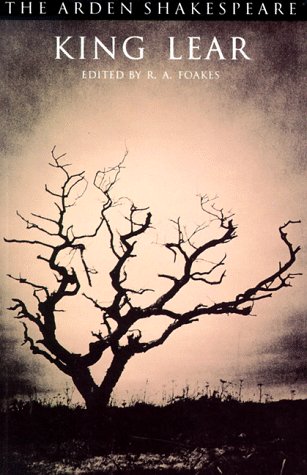 This edition of King Lear provides a clear a nd authoritative text, edited to the highest standards of sc holarship, and includes an in-depth survey of critical appro aches to the play. '

King Lear stands alongside Hamlet as one of the most profound expressions of tragic drama in literature. Written between 1604 and 1605, it represents Shakespeare at the height of his dramatic power. Drawing on ancient British history, Shakespeare constructs a plot that reads like a fable in its clear-sighted but terrifying simplicity. The ageing King Lear calls his daughters, Goneril, Regan and Cordelia, to witness that he wishes "to shake all cares and business from our age" and divide his kingdom between his three children. When Cordelia refuses to flatter her father with sycophantic words of love, her banishment leads to chaos and civil war as Lear's disastrous "division of the kingdom" gives free reign to the greed and ambition of his two remaining daughters.

As Lear sinks into rage and madness he is deserted by everyone except his "bitter" Fool, the loyal Kent and the exiled Cordelia. The play descends into a nighmarish theatre of cruelty and absurdity as Lear realises he has "ta'en/Too little care" of the poverty and corruption of his kingdom, and his loyal but foolish friend Gloucester has his eyes gouged out. Metaphors of monstrosity and perversions of nature structure the dramatic action, and the play's ending remains one of the most harrowing in all of Shakespeare. Many see a profound despair and nihilism in King Lear, and would agree with Kent's conclusion that "All's cheerless, dark, and deadly". Other writers have identified a radical but pessimistic critique of contemporary conceptions of kingship and absolutist authority, yet it remains a remarkable tragedy of public misjudgement and intensely private grief and anguish. --Jerry Brotton