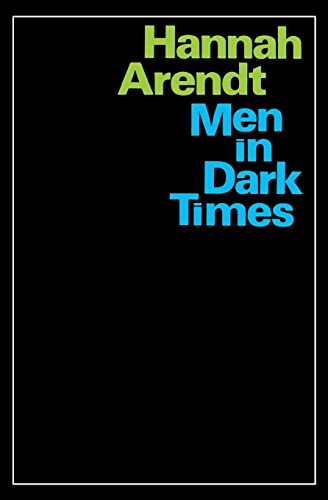 Hannah Arendt (1906-1975) is considered one of the most important and influential thinkers of the twentieth century. She is the author of numerous articles and books, including The Origins of Totalitarianism and the essay collection Men in Dark Times.

Collection of essays which present portraits of individuals ranging from Rosa Luxemburg to Pope John XXIII who the author believes have illuminated "dark times".