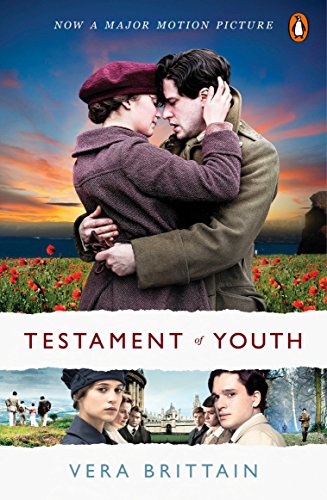 In 1915 Vera Brittain abandoned her studies at Oxford to enlist as a nurse in the armed forces, serving in London, in Malta, and at the Western Front in France. By war's end, all those closest to her were dead, and she had witnessed firsthand the destruction and suffering of modern combat. Much of what we know and feel about the First World War we owe to Brittain's Testament of Youth. In this elegiac yet unsparing memoir, Brittain focused on the men and women who came of age as war broke out, exploring their politics, their hopes, and their fatal idealism. Acclaimed by the Times Literary Supplement as a book that helped "both form and define the mood of its time," this searing portrait is also a testament to every generation irrevocably changed by war.

In 1914 Vera Brittain was 21 years old, and an undergraduate student at Somerville College, Oxford. When war broke out in August of that year, Brittain "temporarily" disrupted her studies to enrol as a volunteer nurse, nursing casualties both in England and on the Western Front. The next four years were to cause a deep rupture in Brittain's life, as she witnessed not only the horrors of war first hand, but also experienced the quadruple loss of her fiancé, her brother, and two close friends. Testament of Youth is a powerfully written, unsentimental memoir which has continued to move and enthral readers since its first publication in 1933. Brittain, a pacifist since her First World War experiences, prefaces the book with a fairy tale, in which Catherine, the heroine, encounters a fairy godmother and is given the choice of having either a happy youth or a happy old age. She selects the latter and so her fate is determined: "Now this woman," warns the tale, "was the destiny of poor Catherine." And we find as we delve deeper into the book that she was the destiny of poor Vera too.

"[Testament of Youth] remains one of the most powerful and widely read war memoirs of all time." --The Guardian (London)