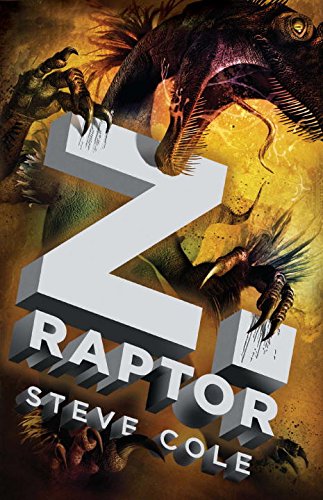 More nonstop action in the sequel to Z. Rex!

Thirteen-year-old Adam Adlar used to have a normal life. Then his father created the most advanced video-game technology ever, and scientists stole this technology to create dinosaurs with a human's ability to learn . . . and a beast's ability to kill. Now hyper-evolved species of raptors battle in clans for supremacy on a deserted island where the only law is survival, and it's up to Adam to make sure the raptors don't get to the next level.

Caught in a real-life game - where the only law is survival.

Adam thought it was all over.

He thought he and his dad had escaped. That they had left the monsters far behind. That they were safe.

Now Adam is trapped on a tiny Pacific island. There is no food, no phone, and no way out. And he is being hunted by vicious packs of hyper-evolved dinosaurs with a human's ability to learn . . . and a beast's ability to kill.

Watch out, world - the Z. Raptors are coming.