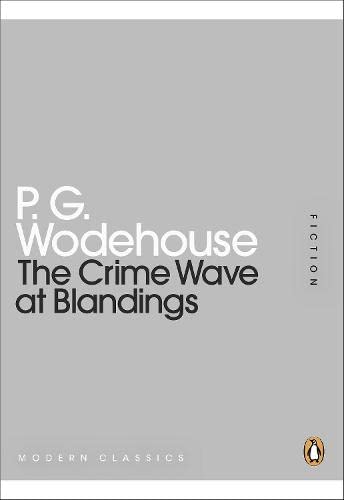 'Is this a time for drivelling?'

One of P. G. Wodehouse's most gloriously funny stories, this is the tale of bumbling Lord Emsworth, whose quiet life reading The Care Of The Pig and pottering among the flowers at Blandings Castle is shattered by an outbreak of lawlessness involving his niece Jane (the third prettiest girl in Shropshire), an airgun - and the trouser seat of the abominable Baxter.

PG Wodehouse was born in Guildford, Surrey, in 1881 and educated at Dulwich College. He was created a Knight of the British Empire in 1975 and died on St. Valentine's Day in the same year at the age of ninety-three. His novels are translated into every language and are frequently adapted for radio and television. In Jeeves and Wooster he created two of the best known and best loved characters in twentieth century literature.

Book Description Paperback. Condition: Very Good. The book has been read, but is in excellent condition. Pages are intact and not marred by notes or highlighting. The spine remains undamaged. Seller Inventory # GOR002722887

Book Description Paperback. Condition: Good. The book has been read but remains in clean condition. All pages are intact and the cover is intact. Some minor wear to the spine. Seller Inventory # GOR003637101

Book Description Penguin Classics, 2011. Mass Market Paperback. Condition: Good. Good condition is defined as: a copy that has been read but remains in clean condition. All of the pages are intact and the cover is intact and the spine may show signs of wear. The book may have minor markings which are not specifically mentioned. Most items will be dispatched the same or the next working day. Seller Inventory # wbb0013691008