Items related to Sketches of Etruscan Places And Other Italian Essays... 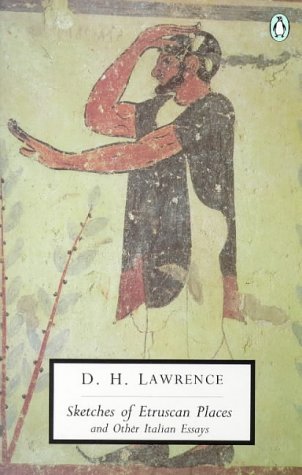 Throughout his life Lawrence was fascinated by Italy, its landscape and its people. The eight short essays in this volume written between 1919 and 1927 grew out of this fascination. His vivid descriptions of the tombs and their decorations, his imaginative interpretation of the artefacts, and his intimate sketches of the countryside and its people, build a picture of the Etruscan life-style, beliefs and civilization which Lawrence saw as the symbol of a lost vitality. Lawrence's travel books contain a great deal of personal narrative and reveal his passionate involvement with the physical world of nature of which he wrote with immediacy and vividness.

Sketches of Etruscan Places contains seven essays D. H. Lawrence wrote in 1927 after visiting several Etruscan cities in central Italy. Eight essays about Florence and the Tuscan countryside form the second part of this volume. The introduction gives the genesis, publication, textual history and reception of the essays.

This volume contains seven essays D.H. Lawrence wrote in 1927 after visiting several Etruscan cities in central Italy. Six were published posthumously in 1932 as "Etruscan Places". Some appeared in magazines in Lawrence's lifetime, but he expressed deep concern that they be published in a volume with the photographs he had collected: in fact, only 20 of the 45 illustrations reproduced here with Lawrence's own captions were included in 1932.