Items related to Love in the Time of Cholera (Popular Penguins)

Love in the Time of Cholera (Popular Penguins) 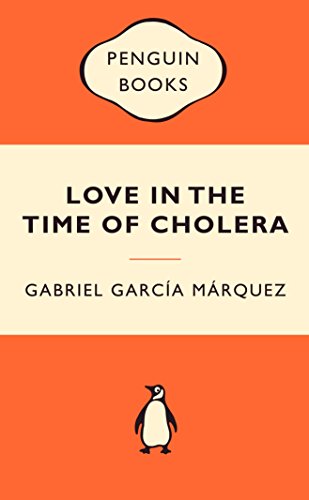 Florentino Ariza has never forgotten his first love. He has waited nearly a lifetime in silence since his beloved Fermina married another man. No woman can replace her in his heart.
But now her husband is dead. Finally - after fifty-one years, nine months and four days - Florentino has another chance to declare his eternal passion and win her back. Will love that has survived half a century remain unrequited?

A love story of astonishing power and delicious comedy (Newsweek)

An amazing celebration of the many kinds of love between men and women... among Márquez's best fiction (The Times)

One of this century's most evocative writers (Anne Tyler)

A delight. The interlocking of the stories, the fantastical and obsessional aspects of Márquez have never been better shown. (Melvyn Bragg)

Few have written so passionately about the power of love (Independent)

1. Love in the Time of Cholera (Paperback)

Book Description 2008. Paperback. Condition: New. Paperback. Gabriel Garcia Marquez's Love in the Time of Cholera is a brilliantly crafted, beautifully written story of love and the love-sick. Spurned as a young man, Florentino Ariza ha.Shipping may be from our Sydney, NSW warehouse or from our UK or US warehouse, depending on stock availability. 432 pages. 0.240. Seller Inventory # 9780141037455

2. Love In The Time Of Cholera