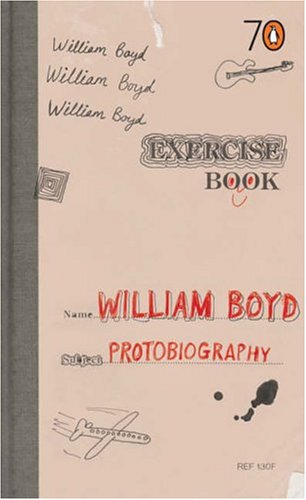 In May 2005 Penguin will publish 70 unique titles to celebrate the company's 70th birthday. The titles in the Pocket Penguins series are emblematic of the renowned breadth of quality of the Penguin list and will hark back to Penguin founder Allen Lane's vision of 'good books for all'.

William Boyd has been writing well-loved, prize-winning fiction since Penguin published A Good Man in Africa in 1981. His fiction is often a revealing excavation of an individual life and in Protobiography, Boyd turns to his own biography for inspiration, exploring his childhood in West Africa and his schooling in Scotland.

William Boyd was born in 1952 in Accra, Ghana and grew up there and in Nigeria. His first novel, A Good Man in Africa (1981), won the Whitbread First Novel Award and the Somerset Maugham Prize. His other novels include An Ice Cream War (1982, shortlisted for the 1982 Booker Prize and winner of the John Llewellyn Rhys Prize), Stars and Bars (1984), The New Confessions (1987), Brazzaville Beach (1990, winner of the McVitie Prize and the James Tait Black Memorial Prize), The Blue Afternoon (1993, winner of the 1993 Sunday Express Book of the Year Award), Armadillo (1998), Any Human Heart (2002, winner of the Prix Jean Monnet) and Restless (2006, winner of the Costa Novel of the Year Award). His latest novel is Sweet Caress (2015). Some seventeen of his screenplays have been filmed, including The Trench (1999), which he also directed, and he is also the author of four collections of short stories: On the Yankee Station (1981), The Destiny of Nathalie 'X' (1995), Fascination (2004) and The Dream Lover (2008). He is married and divides his time between London and South West France.