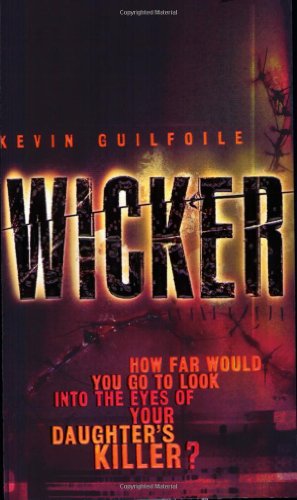 A murdered daughter, a killer on the loose and one chance to stop him - Would you take fate into your own hands? A vial of DNA is all Dr. Davis Moore needs to identify his daughter's murderer after years of grief and uncertainty. If he could take the fateful step to clone the killer, would it really be so wrong if justice were the outcome? But the outcome is a boy named Justin Finn, whose face - one day - will be the exact match of the cold-blooded killer of whom he is a perfect genetic replica. Can Davis Moore bear to watch Justin's path to adulthood, knowing the terrible secret of his conception? Can he bear not to? Or is it more horrifying to have unleashed a new serial killer on the world?

Kevin Guilfoile lives in Chicago with his wife and son. Wicker is his first novel.