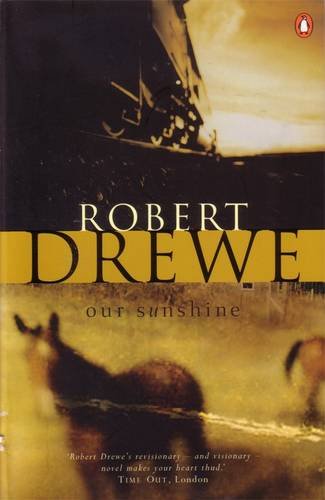 Our Sunshine is the tale of a man whose story outgrew his life, Robert Drewe's strikingly imaginative recreation of the inner life of Ned Kelly, the National Hero and Devil Incarnate of the Antipodes. Written with brilliant clarity and impressionistic economy, it carries the reader into a dreamworld of astonishing and violent revelation, an entrancing and frightening landscape of murder, sexuality, persecution, robbery, vanity, politics, and corruption.

Book Description Penguin Books Australia, Australia, Hawthorn, 2002. Paperback. Condition: Fair. A readable copy of the book which may include some defects such as highlighting and notes. Cover and pages may be creased and show discolouration. Seller Inventory # GOR010864597

Book Description Penguin Australia, 2003. Condition: Good. A+ Customer service! Satisfaction Guaranteed! Book is in Used-Good condition. Pages and cover are clean and intact. Used items may not include supplementary materials such as CDs or access codes. May show signs of minor shelf wear and contain limited notes and highlighting. Seller Inventory # 0141008032-2-4