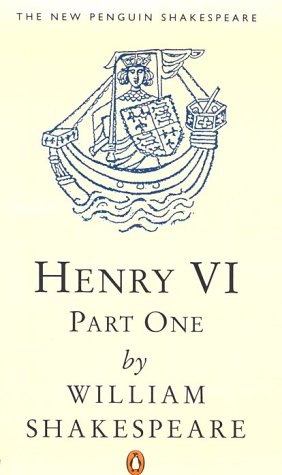 This edition of Shakespeare's Henry IV, Part 1 uses a variety of approaches to Shakespeare, including historical and cultural studies approaches. Shakespeare's text is accompanied by an intriguing collection of thematically arranged historical and cultural documents and illustrations designed to give a firsthand knowledge of the contexts out of which Henry IV, Part 1 emerged. Hodgdon's intelligent and engaging introductions to the play and to the documents (most of which are presented in modern spelling and with annotations) offer a richly textured understanding of Elizabethan culture and Shakespeare's work within that culture.

The three plays that make up the Henry VI cycle are believed to be some of Shakespeare's very first plays. They certainly read as apprentice works, and are often neglected in favour of the more comical and dramatically assured plays Henry IV and Henry V. However, the Henry VI plays dramatise the inauspicious history of Henry V's son, Henry VI, who is only nine months old when his father dies. The play deals with the factions at court who quarrel for political control, led by the Duke of Gloucester and the Cardinal of Winchester. As political intrigue divides the English court, its army continues to fight in France in a desperate attempt to hold on to the gains made by Henry V, whose tradition is upheld by the ferocious figure of Lord Talbot, pitched against La Pucelle, better known as Joan of Arc. An uneasy peace is finally established following the execution of Joan and marriage of Henry VI to the French princess Margaret of Anjou. However, Margaret is revealed to be having an affair with the Earl of Suffolk, and it becomes clear that Henry's troubles are far from over. Criticised for their somewhat crude characterisation (especially in its portrayal of women), all three of the Henry VI plays remain fascinating as early examples of Shakespeare's dramatisation of English history. --Jerry Brotton

John Dover Wilson's New Shakespeare, published between 1921 and 1966, became the classic Cambridge edition of Shakespeare's plays and poems until the 1980s. The series, long since out-of-print, is now reissued. Each work contains a lengthy and lively introduction, main text, and substantial notes and glossary.