Items related to Women in Love 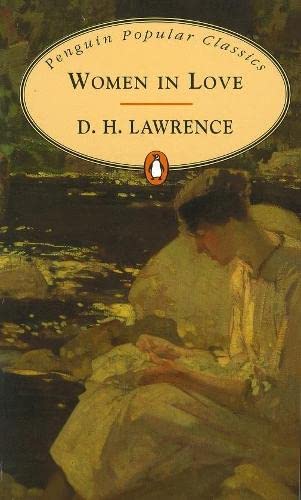 "Women in Love" is widely regarded as D. H. Lawrence's greatest novel. The novel continues where: "The Rainbow" left off with the third generation of Brangwens: Ursula Brangwen, now a teacher at Beldover, a mining town in the Midlands, and her sister Gudrun, who has returned from art school in London. The focus of the novel is primarily on their relationships, Ursula's with Rupert Birkin, a school inspector, though he gives that up, and Gudrun's with Gerald Crich, an industrialist, and later with a sculptor, Loerke.

D(avid) H(erbert) Lawrence (1885-1930) English novelist, story writer, critic, poet and painter, one of the greatest figures in 20th-century English literature. Among his works are The White Peacock(1911), Sons and Lovers (1913), The Rainbow (1915) and Lady Chatterly's Lover, first published privately in Florence in 1928.

Book Description Paperback. Condition: Used; Very Good. Dispatched, from the UK, within 48 hours of ordering. Though second-hand, the book is still in very good shape. Minimal signs of usage may include very minor creasing on the cover or on the spine. Seller Inventory # CHL6470197