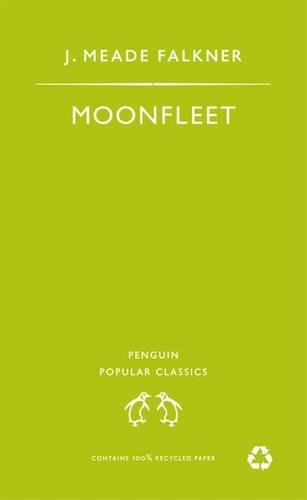 "Moonfleet" (1898) begins as a mystery and an adventure story, a tale of smuggling set among the cliffs, caves, and downs of Dorset. What will be the outcome of the conflict between smugglers and revenue men? How can the hero, John Trenchard, discover the secret of Colonel John Mohune's treasure? As the book progresses these two interwoven themes resolve themselves into a third and richer one, with the friendship and suffering of both John Trenchard and the craggy, taciturn Elzevir Block. Falkner's feeling for history and for the landscape of his Dorset setting combine with his gift for storytelling to turn Moonfleet into a historical romance of moving intensity.

John Meade Falkner (1858-1932) was an English novelist and poet, best known for his 1898 novel, Moonfleet. An extremely successful businessman as well, he became chairman of the arms manufacturer Armstrong Whitworth during World War I.