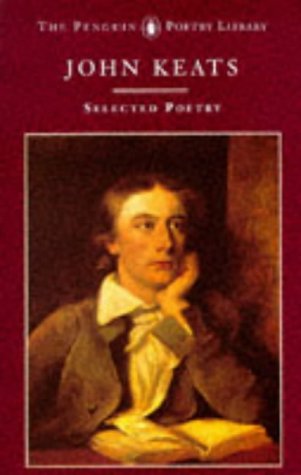 John Keats survives today as the archetypal Romantic genius who died tragically early. The rapid development of Keats's poetic skills is powerfully displayed in this selection, which includes his first major poem, "On First Looking into Chapman's Homer", as well as "Endymion", "The Eve of St. Agnes", "La Belle Dame sans Merci", and "The Fall of Hyperion". Throughout, Keats's preoccupying themes of love, art, sorrow, the natural world, and the nature of the imagination magnificently emerge. In his superb Introduction, John Barnard discusses the focus of the anthology, which emphasizes Keats's place as a "second-generation Romantic".

John Keats (1795-1821) is one of the greatest English poets and a key figure in the Romantic movement. He grew up in London and undertook medical training before finding his vocation in poetry. His poems include 'The Eve of St Agnes', 'La Belle Dame Sans Merci' and 'To Autumn', and his group of five odes, which include 'Ode to a Nightingale', are ranked among the greatest short poems in the English language. They were written shortly before his tragically early death, in Rome, from tuberculosis at the age of twenty-five.

A new selection of Keat's poetry.