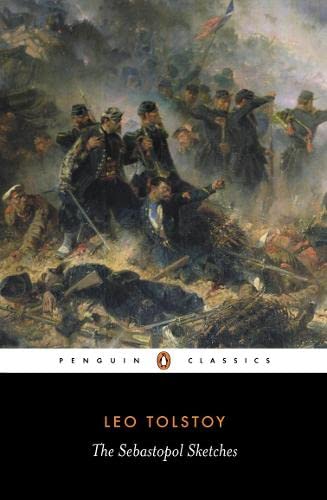 In the winter of 1854 Tolstoy, then an officer in the Russian army, arranged to be transferred to the besieged town of Sebastopol. Wishing to see at first hand the action of what would become known as the Crimean War, he was spurred on by a fierce patriotism, but also by an equally fierce desire to alert the authorities to appalling conditions in the army. The three Sebastopol Sketches - 'December', 'May' and 'August' - re-create what happened during different phases of the siege and its effect on the ordinary men around him. Writing with the truth as his utmost aim, he brought home to Russia's entire literate public the atrocities of war. In doing so, he realized his own vocation as a writer and established his literary reputation.

Leo Tolstoy was born in 1828 in the Tula province. He studied at the University of Kazan, then led a life of pleasure until 1851 when he joined an artillery regiment in the Caucasus. He established his reputation as a writer with The Sebastopol Sketches (1855-6). After a period in St Petersburg and abroad, he married, had thirteen children, managed his vast estates in the Volga Steppes and wrote War and Peace (1869) and Anna Karenina (1877). A Confession (1879-82) marked a spiritual crisis in his life, and in 1901 he was excommuincated by the Russian Holy Synod. He died in 1910, in the course of a dramatic flight from home, at the railway station of Astapovo.

Book Description Penguin Books Ltd, 1986. Paperback. Condition: Good. A slight tan to page edges Good condition is defined as: a copy that has been read but remains in clean condition. All of the pages are intact and the cover is intact and the spine may show signs of wear. The book may have minor markings which are not specifically mentioned. Most items will be dispatched the same or the next working day. Seller Inventory # wbb0014549740