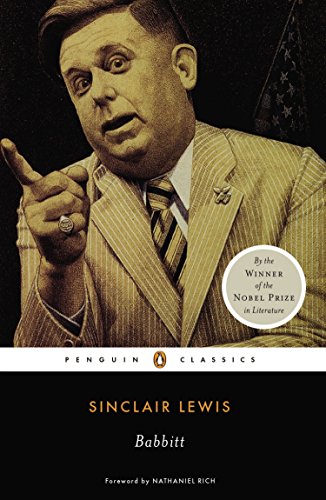 George F. Babbitt, a conniving, real estate man from Ohio, revels in his popularity, success, and, especially, in the material rewards they bring. He bullies his wife, flirts with other women, and patronizes the less successful. But when his best friend is sent to prison for killing his wife, Babbitt's middle-class complacency is shattered, and he rebels, seeking a more "meaningful" life. His small revolt is quickly defeated, however, by public opinion and his own need for acceptance.

"It is Babbitt that is [Sinclair Lewis's] most perfect creation. . . . We have to be thankful for the minor miracle that after almost a century, Babbitt still speaks to us all." --Azar Nafisi, in The Republic of Imagination "Babbitt is now well into its nineties, but George F. Babbitt still lives and breathes and harrumphs. It's impossible, especially during any American election season, to read a newspaper or turn on the television without hearing the echoes of his voice. Babbitt is the original American everyman." --Nathaniel Rich, from the Foreword "The equal of any novel written in English in the present century." --Virginia Woolf, The Saturday Review Book Description:

From the author of It Can't Happen Here, a satirical portrait of a town obsessed by capitalism and the 'values' of the marketplace