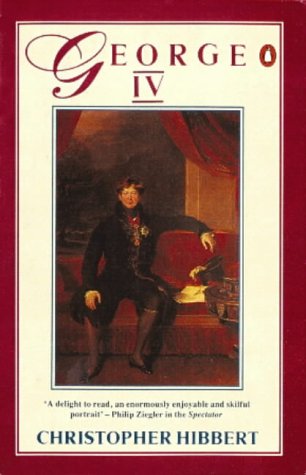 'A delight to read, an enormously enjoyable and skilful portrait' - Philip Ziegler Christopher Hibbert presents a gripping portrait of the enigma that was George IV, a man who ruled over Britain twice; firstly as regent (1811-20) for his insane father, George III, and secondly as King (1820-30); a man hated by many during his lifetime for his indolence, but whose substantial legacy has forced history to judge him more favourably.

Christopher Hibbert is, in the words of the TES, 'perhaps the most gifted popular historian we have'. His books include THE DESTRUCTION OF LORD RAGLAN (1962); GARIBALDI & HIS ENEMIES; GEORGE IV; THE VIRGIN QUEEN; NELSON; GEORGE III and most recentlyTHE MARLBOROUGHS (Viking, 2001). Christopher Hibbert is a fellow of the Royal Society of Literature. He lives in Henley-on-Thames.

What was it about George IV that made private friends, as well as political adversaries, so quick to see the weaknesses of the man and to ignore his qualities? This biography aims to reveal the clues behind such opinion.