Items related to Cadillac Desert: The American West And IT's Disappearing...

Cadillac Desert: The American West And IT's Disappearing Water 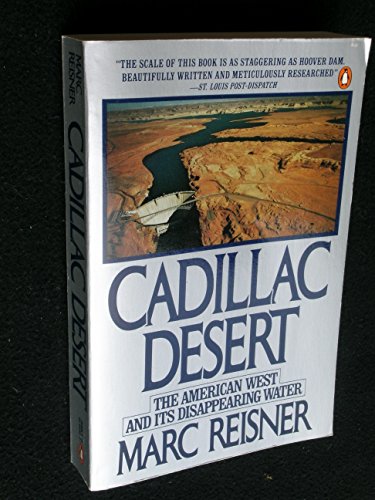 This is a history of the American West which recounts one of America's most impressive achievements - the creation of an Eden out of inhospitable desert. "Cadillac Desert" recounts this dramatic saga: from the earliest settlers lured by promises of paradise, to Jon Wesley Powell's advocacy of co-operative irrigation projects; from the ruthless tactics employed by Los Angeles to raid watersheds hundreds of miles away to sustain its phenomenal growth, to the federal government's entry into the water business. Reisner offers a bleak portrait of the future the West faces: over the next fifty years, millions of acres of America's most productive farmland will be abandoned due to the exhaustion of groundwater reserves. Reservoirs will silt up and soil and irrigated water is being contaminated by slat - the downfall of nearly every previous desert civilization.