Items related to The Takeover 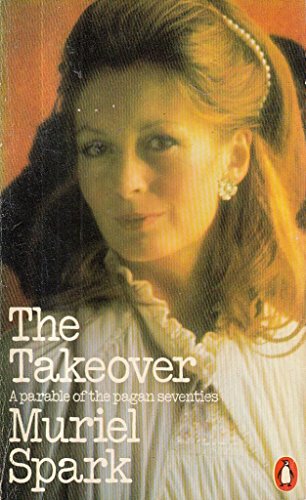 In the cool, historic sanctuary of Nemi rests the spirit of Diana, the Benevolent-Malign Goddess whose priests once stalked the sacred grove. Now Hubert Mallindaine, self-styled descendent of the Italian huntress, has claimed spiritual rights to a villa at Nemi - a villa with a view to kill.

Muriel Spark was born in Edinburgh in 1918. A poet, essayist, biographer and novelist, she won much international praise, including being twice shortlisted for the Booker Prize. The Times placed her eighth in its list of the Fifty Greatest British Writers Since 1945. She died in Tuscany in 2006.

Brian Morton is a Scottish writer, journalist and former broadcaster, specialising in jazz and modern literature. He is the author of several books on music and culture, and holds an honorary D.Litt. from the University of St Andrews, awarded on St Andrews Day, 2000, for services to Scottish broadcasting and cultural life.