Items related to The Greening of America

Reich, Charles A. The Greening of America

The Greening of America 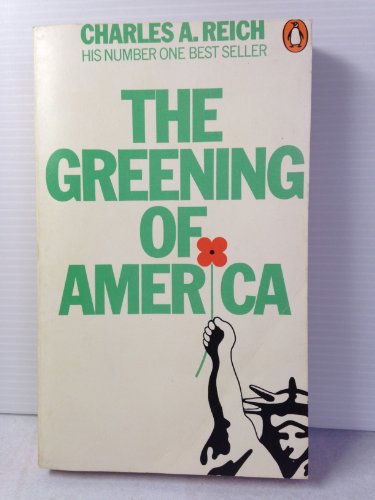 It is a paean to the counterculture of the 1960s and its values. The book was originally published by Random House. The book's argument rests on three separate types of consciousness. "Consciousness I" applies to the world-view of rural farmers and small businesspeople that arose and was dominant in 19th century America. "Consciousness II" represents a viewpoint of "an organizational society", featuring meritocracy and improvement through various large institutions; it dominated the New Deal, World War II and 1950s generations. "Consciousness III" represents the worldview of the 1960s counterculture, focusing on personal freedom, egalitarianism, and recreational drugs. The book mixes sociological analysis with panegyrics to rock music, cannabis, and blue jeans, arguing that these fashions embody a fundamental shift in world view.

The Greening Of America

The Greening of America [Paperback] Reich, Charles A.