Items related to Almayer's Folly: A Story of an Eastern River (Modern...

Almayer's Folly: A Story of an Eastern River (Modern Classics) 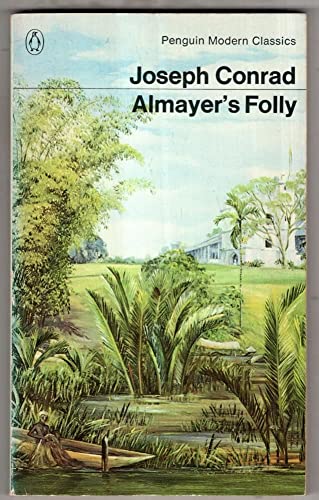 Almayer s Folly, Joseph Conrad s first novel, is a tale of personal tragedy as well as a broader meditation on the evils of colonialism. Set in the lush jungle of Borneo in the late 1800s, it tells of the Dutch merchant Kaspar Almayer, whose dreams of riches for his beloved daughter, Nina, collapse under the weight of his own greed and prejudice. Nadine Gordimer writes in her Introduction, Conrad s writing is lifelong questioning . . . What was Almayer s Folly ? The pretentious house never lived in? His obsession with gold? His obsessive love for his daughter, whose progenitors, the Malay race, he despised? All three? Conrad established in Almayer s Folly the themes of betrayal, isolation, and colonialism that he would explore throughout the rest of his life and work. Since 1917 The Modern Library prides itself as The modern Library of the world s Best Books . Featuring introductions by leading writers, stunning translations, scholarly endnotes and reading group guides. Production values emphasize superior quality and readability. Competitive prices, coupled with exciting cover design make these an ideal gift to be cherished by the avid reader.

The human heart as recorded in Mr. Conrad s pages is the human heart of an immense number of men in all ages and in all climes. Ford Madox Ford"

"The human heart as recorded in Mr. Conrad's pages is the human heart of an immense number of men in all ages and in all climes." --Ford Madox Ford