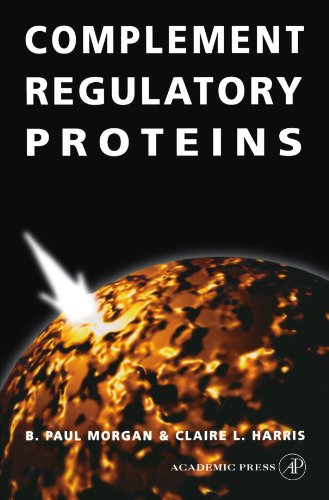 From small beginnings in the early 1970s, the study of complement regulatory proteins has grown in the last decade to the point where it dominates the complement field. This growth has been fueled by the discovery of new regulators, the cloning of old and new regulators, the discovery that many of the regulators are structurally and evolutionarily related to each other and the development of recombinant forms for use in therapy. There are now more proteins known to be involved in controlling the complement system than there are components of the system and the list continues to grow. The time is ripe for a comprehensive review of our current knowledge of these intriguing proteins. This book does just that. The first few chapters discuss the "nuts-and-bolts" of the complement regulators, describing their structures, functional roles and modes of action. The roles of the complement regulators in vivo are then described, focusing on the consequences of deficiency, roles in the reproductive system, interactions with pathogens and exploitation for therapy. The interesting developments in defining the complement regulators expressed in other species are also discussed. The book is written as a monograph, albeit by two people. The text is as readable as possible without compromising on scientific accuracy and completeness. The conversational style very evident in some sections is deliberate! Placing all references in a single bibliography at the end of the text further improves readability. The reader will go to the book to discover a specific fact but be persuaded to read more and derive pleasure from the process. The authors' enthusiasm for the subject comes over strongly in the text, and this enthusiasm proves infectious.

The Complement System provides a powerful defense against invading organisms, but the cascade system, which generates a variety of cytotoxic and cytolytic products is a potential danger to our own cells. The Complement System therefore needs to be carefully, and tightly regulated.
The study of Complement regulatory proteins has undergone an information explosion over the last decade. Fueled by the discovery of new regulators, the cloning and discovery of structural and evolutionary links between them. It has also been motivated by the development of recombinant forms for use in therapy.
The time is therefore ripe for a comprehensive review of our current knowledge of these intriguing proteins. This book does just that.
* Complement regulators--structure, functional roles and mode of action
* Comprehensive reviews of each of the individual regulators
* Roles of Complement regulators in vivo, in health and disease
* consequences of deficiency
* roles in the reproductive system;
* interactions with pathogens and
* exploitation for therapy
* Complement regulators in other species
This is a young and growing area which will undoubtedly contribute to the future understanding and therapy of disease.
Written in a readable, engaging manner, and extensively referenced -- with nearly 2000 citations -- the authors' enthusiasm for the subject will be infectious!

Dr. Harris is in the Complement Biology Group, Department of Medical Biochemistry, University of Wales College of Medicine. Her Ph.D. degree was in Professor Peter Lachmannâ's unit in Cambridge where, under the supervision of Dr. Richard Harrison, she undertook studies of the biochemistry of C3. She completed her Ph.D. in 1993. She retains a strong interest in the biochemical aspects of the complement system and in the regulators which control complement at the level of C3.