Items related to In Search of Genghis Khan

In Search of Genghis Khan 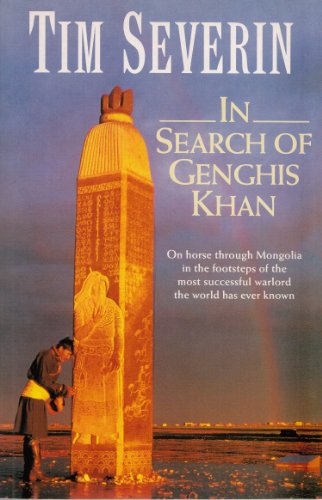 Mongolia, the Dead Heart of Asia, is bleak, harsh and empty - in effect, a freezing desert. It is also the world's second-oldest communist state, and has been sealed off from Western eyes since the Revolution. In 1989 Tim Severin set off an a journey across Mongolia with a band of native horsemen, intent on re-enacting the feat of the 13th-century courier-riders who served the most notorious Mongol of all - Genghis Khan. What Severin found on his gruelling trek was Black Death, wizened lamas who had survived the purges of the '30s, and a practising Shamaness. He also witnessed a renewed cult of Genghis Khan, for as Mongolia struggles for identity after 70 years of Soviet domination, the most remarkable man in its history has been elevated to the status of a god. This book is a record of Severin's journey. His other travel books include "Crusader", "The Sinbad Voyage" and "The Ulysses Voyage".

1. In Search Of Genghis Khan