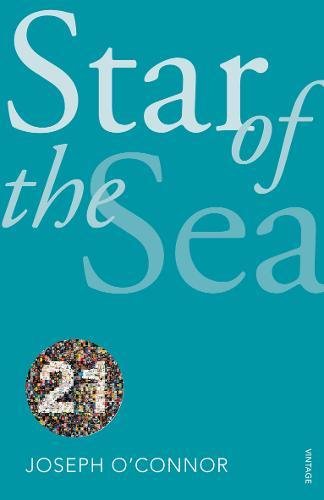 In the bitter winter of 1847, The Star of the Sea sets sail from Ireland for New York. Amongst the passengers are a maidservant with a devastating secret, bankrupt Lord Merridith and his family, an aspiring novelist and a maker of revolutionary ballads. All in search of a new home in the Promised land, each is yet connected more deeply than they can possibly know... and a camouflaged killer is stalking the decks, hungry for vengeance and absolution.

"A page-turner of a masterpiece. Don't miss it" (Daily Mail)

"A triumph... A spectacular breakthrough... it raises the bar for contemporary Irish fiction" (Sunday Times)

Book Description Paperback. Condition: Very Good. The book has been read, but is in excellent condition. Pages are intact and not marred by notes or highlighting. The spine remains undamaged. Seller Inventory # GOR003823309

Book Description Vintage Books, 2011. Condition: Good. A+ Customer service! Satisfaction Guaranteed! Book is in Used-Good condition. Pages and cover are clean and intact. Used items may not include supplementary materials such as CDs or access codes. May show signs of minor shelf wear and contain limited notes and highlighting. Seller Inventory # 0099563096-2-4