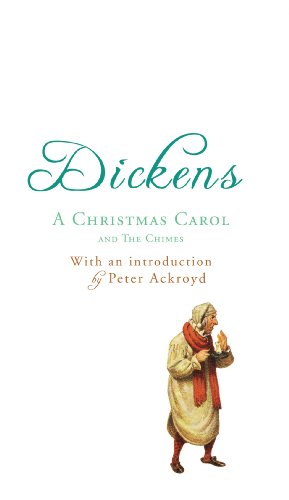 'The Christmas Books' (1843) contains five short stories, the most famous of which, 'A Christmas Carol' portrays a pantomime victory of good will over evil, guided by the ghosts of Christmas Past, Present and Future, and presents such eternally infamous characters as Ebeneezer Scrooge and Jacob Marley. The stories were written to question the myths of childhood, the legends of Christmas and the dire social conditions in which much of Victorian youth grew up. Dickens saw Christmas as a time for remembrance and charity and his vision has influenced our view of Christmas ever since. Included in this selection are 'The Chimes', 'The Battle of Life', 'The Cricket on the Hearth' and 'The Haunted'. Based on the world-famous Nonesuch Press edition of 1937, the text is taken from the 1867 Chapman and Hall edition, which became known as the Charles Dickens edition, and was the last edition to be corrected by the author himself. The Nonesuch edition contains illustrations selected by Dickens himself, by artists including Hablot Knight Browne ('Phiz '), George Cruikshank, John Leech, Robert Seymour and George Cattermole. The new Nonesuch Dickens reproduces the original elegance of these beautiful editions. Books are printed on natural cream shade high quality stock, are quarter bound in bonded leather with cloth sides, include a ribbon marker and feature special printed endpapers. Each book is wrapped in a protective, clear acetate jacket.

Charles John Huffam Dickens was born on February 7, 1812 in Portsmouth, Hampshire, England. In 1824, his father was imprisoned for debt, so Charles was sent to work in a shoe-dye factory. He later became a clerk in a law firm, a shorthand reporter in the courts, and a parliamentary and newspaper reporter. In 1833, Dickens began to contribute short stories and essays to periodicals, heralding the start of a glittering and prolific literary career. He married Catherine Hogarth in 1836, with whom he had nine surviving children before they separated in 1858. Dickens died suddenly at home on June 9, 1870, leaving behind an internationally acclaimed canon of work, including Oliver Twist (1837), Nicholas Nickleby (1838), David Copperfield (1849-50), Bleak House (1852-53), Little Dorrit (1855-57), A Tale of Two Cities (1859), Great Expectations (1860-61) and Our Mutual Friend (1864-65). He was buried in Westminster Abbey. Michael Slater is Professor of Victorian Literature at Birkbeck College in the University of London. He was editor of The Dickensian (1968-77) and President of the International Dickens Fellowship (1988-90). He has published many books and articles on Dickens.