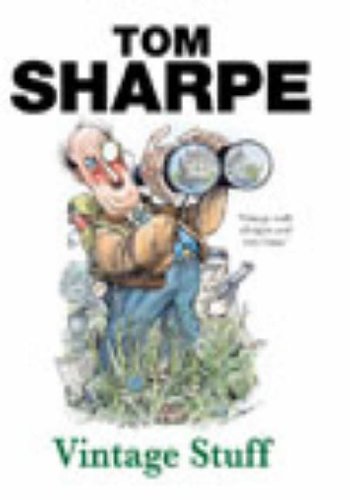 Peregrine Roderick Clyde-Brown is a bumbling, naive and savagely dim-witted teenager, who, as his name reveals, cannot possibly be exposed to the evils of a comprehensive school. However, with his penchant for taking even the most innocent command literally, no reputable school will accept the boy who, when told that he must turn over a new leaf, begins fondling the foliage.

His parents, with high hopes and a considerable amount of bribery money, search for anywhere that will take their 'late developer.' In a school that time forgot, Peregrine's 'talents' for taking orders and having no discernible individual thought seem perfect for a promising career in the upper ranks of the British Army. It is at Groxbourne that Peregrine meets Mr Gladstone, a man whose teaching style extends as far as using lashings to teach arithmetic. After Gladstone whisks the unquestioning boy off on a hysterical mystery, Peregrine ends up storming a French castle, where he unwaveringly commits mischief, mayhem and even murder!

"You'll enjoy this wild and, in places, wildly funny story- It is all an hilarious send-up of the Dornford Yates style of thriller with some modernistic Sharpe barbs added" (Daily Express)

A hilarious dose of British farce from Tom Sharpe, the bestselling author of Wilt and Porterhouse Blue.