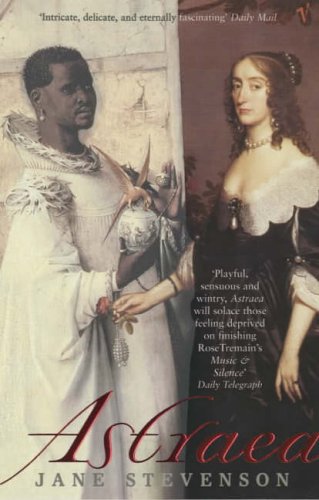 Set in the Netherlands in the 1640s, Astraea tells of the relationship between two royal exiles, Elizabeth of Bohemia, daughter of James I, and Omoloju/Pelagius, erstwhile heir to the Yoruba kingdom of Oyo, now a freed slave with shamanic gifts. They meet, fall in love, and marry clandestinely. Secretly, Elizabeth gives birth to a bay Balthasar Stuart, whom both come to see as a hope for a new age. As ever with Stevenson's work, Astraea appeals to both the head and the heart. An utterly convincing picture of seventeenth-century life and politics, it is also an immensely moving account of a strange, magical love affair.

'Perfectly persuasive. I was both moved and fascinated by this story of illicit love.' -- Sunday Telegraph

'The period detail is fascinating, rendering faithfully the energetic Europe of the 1640s.' -- Image Magazine

Her astonishing debut Several Deceptions, followed by her first novel London Bridges, showed that Jane Stevenson is a writer of extraordinary range and ambition. Now with Astraea she is embarking on a trilogy of historical novels that will range from the seveneenth century to the twenty-first.