Items related to The Carnival Master 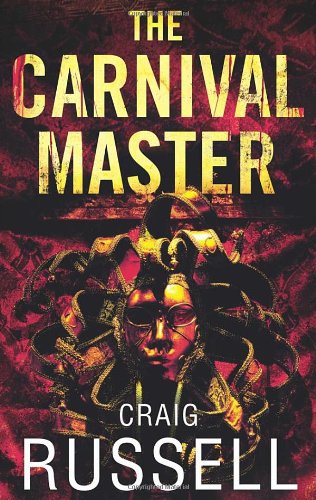 Jan Fabel thought he was finished with death. Instead, while he is preparing for a new career outside the police, a Cologne murder detective asks for his help in tracking down the Carnival Cannibal, a terrifying serial killer who has killed each year for three years at the start of Cologne’s world-famous annual Carnival.

Maria Klee, Fabel’s deputy, is close to mental breakdown and on extended sick leave. Unknown to anyone, Maria also heads for Cologne to hunt down a different, even more dangerous killer. One with whom she has a score to settle.

Taras Buslenko, a Ukrainian special-forces commander prepares his hand-picked undercover spetznaz unit for a ‘black’ operation into Cologne. Their aim: to end, with extreme prejudice, the rule of an ex-pat Ukrainian crime-boss of legendary cruelty. Their orders: to let nothing or nobody get in their way.

Three paths converging on Cologne at Carnival at a time when the world is traditionally turned on its head and Chaos rules. And everybody hides behind a mask.

Fabel finds himself on a trail of betrayal and vengeance, violence and death. And once more faces his greatest enemy: the true Master of the Carnival.

"Absolutely loved it ... The kind of thriller writing that made me want to be a writer in the first place" (Christopher Brookmyre)

Jan Fabel travels from Hamburg to Cologne in pursuit of an old enemy ... and finds a new one