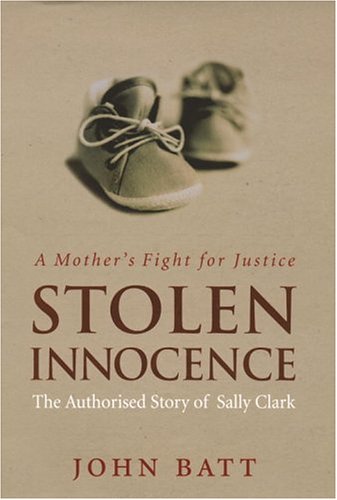 To lose one child is terrible; to lose two is unimaginable. For no one to believe that you are innocent of their deaths and to be imprisoned because of it must be unbearable. Yet, this is the reality Sally Clark had to face. The daughter of a policeman, wife of a solicitor and a solicitor herself, she suddenly found the system that she had upheld all her life turning against her. Justice suddenly seemed a far-off principle as she was convicted and her initial appeal quashed. Her family, lawyers and various volunteers were relentless in their fight to clear her name. Following three long years in prison, Sally Clark was finally acquitted by the Court of Appeal in 2003. As Lord Justice Judge said, 'Unless we are sure of guilt, the dreadful possibility always remains that a mother, already brutally scarred by the unexplained deaths of her babies, may find herself in prison for life for killing them when she should not be there at all.' Written with the power of a thriller, the book reveals the Kafka-esque nightmare of being on the wrong side of the law. But ultimately, it's an uplifting story of one family's gutsy fight for what they knew to be right.

"a disturbing read...a terrible indictment of the criminal system, the legal profession and our own experts" -- British Medical Journal

The tragic story of Sally Clark, wrongly imprisoned for the deaths of two of her three sons and her eventual exoneration three years later