Items related to What Do You Do, Dear?

Joslin, Sesyle What Do You Do, Dear?

What Do You Do, Dear? 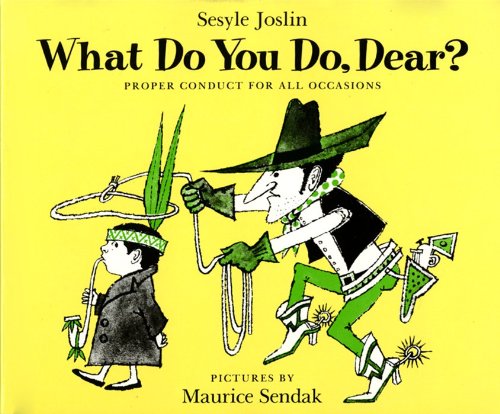 What do you do when: a lady polar bear walks into your igloo in a white fur coat? the lady you are forcing to walk the plank drops her handkerchief? you meet someone coming the other way on a circus tightrope?

This is the funniest book on good behavior you'll ever read!

"The honor-winning "What Do You Say, Dear?" has a delicious sequel here in nonsensical illustration of good manners. Sendak's pictures account for a great share of fun."--" The Horn Book"