Items related to Kitchen Confidential: Adventures in the Culinary Underbelly,... 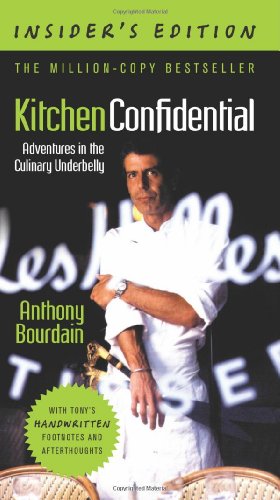 A New York City chef who is also a novelist recounts his experiences in the restaurant business, and exposes abuses of power, sexual promiscuity, drug use, and other secrets of life behind kitchen doors, in a new portable edition that includes annotations from the author. Reprint. 150,000 first printing.

'A compelling book with its intriguing mix of clever writing and kitchen patois ... more horrifically gripping than a Stephen King novel' (Sunday Times)

'Fantastic: as lip-smackingly seductive as a bowl of fat chips and pungent aioli' (Daily Telegraph)

'Extraordinary ... written with a clarity and a clear-eyed wit to put the professional food-writing fraternity to shame' (Observer)