Items related to The Sisters Brothers 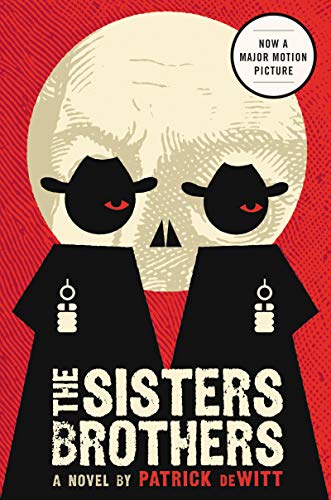 "A gorgeous, wise, riveting work of, among other things, cowboy noir...Honestly, I can't recall ever being this fond of a pair of psychopaths."
--David Wroblewski, New York Times bestselling author of The Story of Edgar Sawtelle

"A masterful, hilarious picaresque that keeps company with the best of Charles Portis and Mark Twain...a relentlessly absorbing feat of novelistic art."
--Wells Tower, author of Everything Ravaged, Everything Burned

Patrick deWitt, a young writer whose "stop-you-in-your-tracks writing has snuck up on the world" (Los Angeles Times), brings us The Sisters Brothers, a darkly comic, outrageously inventive novel that offers readers a decidedly off-center view of the Wild, Wild West. Set against the back-drop of the great California Gold Rush, this odd and wonderful tour de force at once honors and reshapes the traditional western while chronicling the picaresque misadventures of two hired guns, the fabled Sisters brothers. The most original western since the Coen Brothers re-interpreted True Grit--you've never met anyone quite like The Sisters Brothers.

"Both homage to the classic Western and knife thrust to its dark underbelly, this novel has a quirky, deadpan exterior and a hard-beating heart; we come to see how men die and how the brotherly bond shifts but holds.... I was intrigued by page one."--Library Journal

"At once dark and touching, The Sisters Brothers has something on every page to make you laugh. Patrick deWitt has given us a gift, reimagining the old west in a thoroughly original manner. Readers are all the better for it."--Charles Bock, New York Times bestselling author of Beautiful Children

"DeWitt creates a homage to life in the Wild West but at the same time reveals its brutality."--Kirkus Reviews

"A bright, brutal revision of the Western, "The Sisters Brothers" offers an unexpected meditation on life, and on the crucial difference between power and strength."--Gil Adamson, author of "The Outlander"

"At once dark and touching, "The Sisters Brothers" has something on every page to make you laugh. Patrick deWitt has given us a gift, reimagining the old west in a thoroughly original manner. Readers are all the better for it."--Charles Bock, "New York Times" bestselling author of "Beautiful Children"

"Thrilling...a lushly voiced picaresque story...so richly told, so detailed, that what emerges is a weird circus of existence, all steel shanks and ponies, gut shots and medication poured into the eyeholes of the dying. At some level, this too is a kind of revenge story, marvelously blurry."--Esquire

"Mesmerizing... The book seduces us to its characters, and draws us on the strength of deWitt's subtle, nothing-wasted prose. He writes with gorgeous precision about the grotesque: an amputation, a gouged eye, a con in a dive bar, a nauseating body count [without] macho brutishness."--Cleveland Plain Dealer

Shortlisted for the Booker Prize

Hermann Kermit Warm is going to die. The enigmatic and powerful man known only as the Commodore has ordered it, and his henchmen, Eli and Charlie Sisters, will make sure of it. Though Eli doesn't share his brother's appetite for whiskey and killing, he's never known anything else. But their prey isn't an easy mark, and on the road from Oregon City to Warm's gold-mining claim outside Sacramento, Eli begins to question what he does for a living-and whom he does it for.

With The Sisters Brothers, Patrick deWitt pays homage to the classic Western, transforming it into an unforgettable comic tour de force. Filled with a remarkable cast of characters-losers, cheaters, and ne'er-do-wells from all stripes of life-and told by a complex and compelling narrator, it is a violent, lustful odyssey through the underworld of the 1850s frontier that beautifully captures the humor, melancholy, and grit of the Old West and two brothers bound by blood, violence, and love.

2. The Sisters Brothers: A Novel