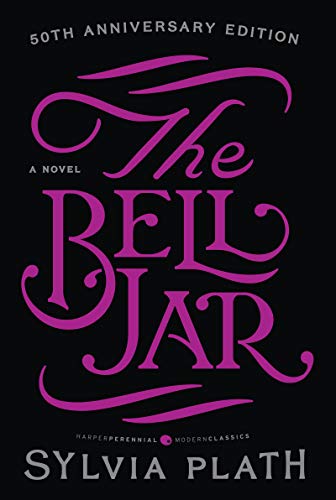 Sylvia Plath's shocking, realistic, and intensely emotional novel about a woman falling into the grip of insanity

Esther Greenwood is brilliant, beautiful, enormously talented, and successful, but slowly going under--maybe for the last time. In her acclaimed and enduring masterwork, Sylvia Plath brilliantly draws the reader into Esther's breakdown with such intensity that her insanity becomes palpably real, even rational--as accessible an experience as going to the movies. A deep penetration into the darkest and most harrowing corners of the human psyche, The Bell Jar is an extraordinary accomplishment and a haunting American classic.

Plath was an excellent poet but is known to many for this largely autobiographical novel. The Bell Jar tells the story of a gifted young woman's mental breakdown beginning during a summer internship as a junior editor at a magazine in New York City in the early 1950s. The real Plath committed suicide in 1963 and left behind this scathingly sad, honest and perfectly- written book, which remains one of the best-told tales of a woman's descent into insanity.

The Bell Jar (Paperback or Softback)