Items related to The Knights of Cawdor

Jefferies, Mike The Knights of Cawdor

The Knights of Cawdor 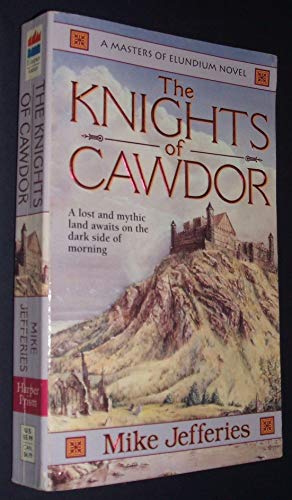 Running from false accusations that threaten to return them to slavery, Oaktangle, Sloeberry, and the rest of the gentle little people seek freedom and refuge in the land of Cawdor. Original.

The Kingdom of Elendium is recovering from the great battles that have wracked its folk and its landscape. The darkness of the evil Krulshards has at last been swept away: but all is not well.

The people are uneasy and suspicious: once more there are reports of Nightbeasts roaming the greenways, murdering the travellers and destroying property; and with them, it is said, run the tunnellers, the tiny creatures now released by King Thane from their prisons to garden the wilderness.

Meanwhile, in the Kings City, young Drib, crippled sweep’s boy, persecuted by his fellow students in the grim Learning Halls, dreams of a different life; a life in which his legs are straight and he rides a beautiful horse across a magical landscape ...

Mike Jefferies was brought up on a cattle station in Australia, worked his way through art school in London, sleeping rough for lack of a grant. After gaining his degree he worked in commercial art for a while, then carved rocking horses but became bored and learned to ride. He was later selected for the British 3-Day Event Team. Despite his dyslexia, he has now written ten novels.

1. The Knights of Cawdor (Loremasters of Elundium) Jefferies, Mike