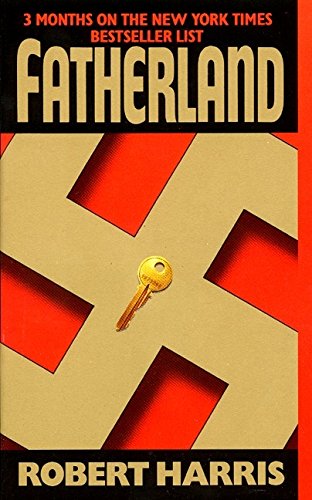 "Clever and ingenious... Its breeding is by Orwell, out of P. D. James, a detective story inside a future shock" (Daily Mail)

"Gripping in the way John Buchan, Len Deighton and John LeCarré are. The writing is superb. This novel lifts its author into a new and superior class" (The Times)

"The highest form of thriller... non-stop excitement" (The Times)

"Powerful and chilling... convincing in every detail" (Daily Telegraph)

"A writer who handles suspense like a literary Alfred Hitchcock" (Guardian)

What if Hitler had won the war? A gripping, number one bestselling historical thriller from the award-winning master of the literary thriller genre: Robert Harris.

Book Description Condition: New. It is twenty years after Nazi Germany's triumphant victory in World War II and the entire country is preparing for the grand celebration of the Führer's seventy-fifth birthday, as well as the imminent peacemaking visit from President Kennedy. Meanwhile, Berlin Detective Xavier March a disillusioned but talented investigation of a corpse washed up on the shore of a lake. When a dead man turns out to be a high-ranking Nazi commander, the Gestapo orders March off the case immediately. Suddenly other unrelated deaths are anything but routine. Now obsessed by the case, March teams up with a beautiful, young American journalist and starts asking questions.dangerous questions. What they uncover is a terrifying and long-concealed conspiracy of such astonding and mind-numbing terror that is it certain to spell the end of the Third Reich if they can live long enough to tell the world about it. Seller Inventory # 9780061006623