Items related to Their Eyes Were Watching God (Perennial Classic) 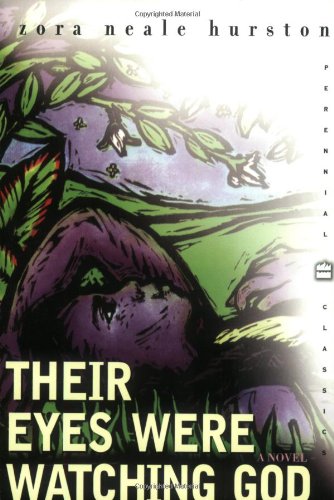 When independent Janie Crawford returns home, her small African-American community begins to buzz with gossip about the outcome of her affair with a younger man, in a novel set in the 1930s South. Reissue. (An ABC-TV film, produced by Oprah Winfrey, Kate Forte, & Quincy Jones; directed by Darnell Martin; airing Fall 2004; starring Halle Berry) (General Fiction)

""Their Eyes" belongs in the same category -- with that of William Faulkner, F. Scott Fitzgerald, and Ernest Hemingway -- of enduring American literature."-- "Saturday Review"" . . . thanks to this audiobook, Zora's characters speak to us - through the wonderful voice of Ruby Dee."-"The Heard Word"Dee is marvelous in all roles in this stage-worthy performance."-"AudioFile

* Zora Neale Hurston's masterpiece is perhaps the most widely read and highly regarded novel in the entire canon of African American literature.

1. Their Eyes Were Watching God

2. Their Eyes Were Watching God

3. Their Eyes Were Watching God

Book Description Condition: New. Fair and long-legged, independent and articulate, Janie Crawford sets out to be her own person no mean feat for a black woman in the '30s. Janie's quest for identity takes her through three marriages and into a journey back to her roots. Seller Inventory # 9780060931414

5. Their Eyes Were Watching God