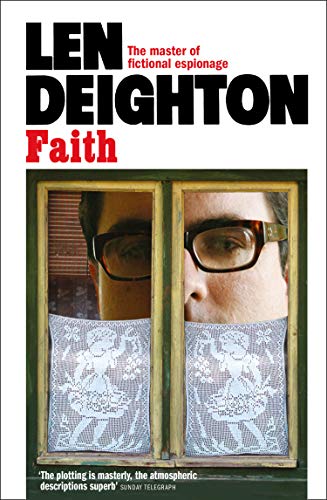 Bernard Samson returns to Berlin in the first novel in the classic spy trilogy, FAITH, HOPE and CHARITY

Bernard has known that he is not getting the full picture from London Central ever since discovering that his wife Fiona was a double agent.

Werner Volkmann has been cast out by London Central as untrustworthy. Yet Werner still seems able to pick up information that Bernard should have been told...

This new reissue includes a foreword from the cover designer, Oscar-winning filmmaker Arnold Schwartzman, and a brand new introduction by Len Deighton, which offers a fascinating insight into the writing of the story.

‘Like lying back in a hot bath with a large malt whisky – absolute bliss... superbly combines violent action with a strong emotional undertow. The plotting in Faith is masterly, the atmospheric descriptions superb...’ Sunday Telegraph