Items related to The Secret Dead: A Novella: The thrilling murder-mystery... 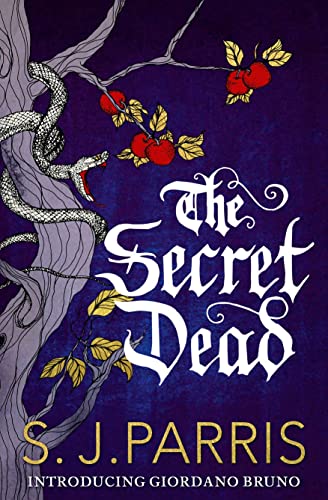 Even the dead have a story to tell...

Naples, 1566. During a sweltering summer, eighteen-year-old Giordano Bruno takes his final vows at San Domenico Maggiore and is admitted to the Dominican Order – despite doubts over his tendency to ask difficult questions.

Assisting in the infirmary, Bruno witnesses an illicit autopsy performed on the body of a young woman. Her corpse reveals a dark secret, and Bruno suspects that hers may not have been an accidental death.

His investigation leads him to a powerful figure who wants to keep the truth buried – and Bruno is forced to make a choice between his future in the Order, and justice for an innocent victim and her grieving family...

· ‘A brilliantly unusual glimpse at the intrigues surrounding Queen Elizabth I’ Andrew Taylor, bestselling author of The American Boy

3. The Secret Dead: A Novella

4. The Secret Dead: A Novella

8. The Secret Dead: A Novella