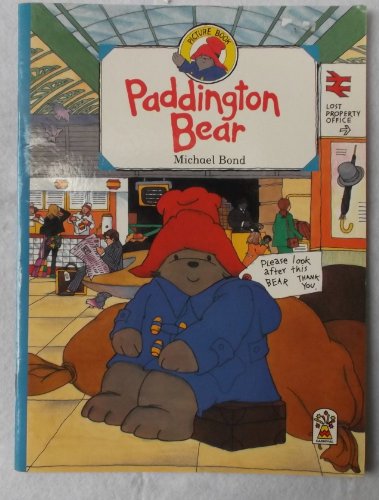 Original Paddington story when he is first found.

A delightfully illustrated new version of the original Paddington Bear story to celebrate its fortieth birthday. Forty years ago, a small bear from darkest Peru set out on an adventure. Carrying a battered suitcase containing several jars of marmalade and wearing a label round his neck that read "Please look after this bear", he stowed away on a ship bound for England. When he arrived at Paddington Station, the little bear was discovered by Mr and Mrs Brown who immediately christened him Paddington after the station and took him home with them. And there he has lived ever since. Paddington Bear continues to charm readers worldwide with his earnest good intentions and humorous misadventures. --Philippa Reece

Praise for the Paddington series:

‘I’ve always had great respect for Paddington... He is a British institution.’ Stephen Fry

‘Paddington has joined Pooh as one of the great bears of English children’s literature.’ The Teacher

‘Michael Bond’s accident-prone bear...has become one of the most enduring of children’s characters.’ The Bookseller

Book Description Harper Collins Promotion. Paperback. Condition: Good. A copy that has been read, but remains in clean condition. All pages are intact, and the cover is intact. The spine may show signs of wear. Pages can include limited notes and highlighting, and the copy can include previous owner inscriptions. At ThriftBooks, our motto is: Read More, Spend Less. Seller Inventory # G0007610157I3N00

Book Description Paperback. Condition: Very Good. The book has been read, but is in excellent condition. Pages are intact and not marred by notes or highlighting. The spine remains undamaged. Seller Inventory # GOR004486161

Book Description Harper Collins Promotion 01/11/2000, 2000. Condition: Very Good. This book is in very good condition and will be shipped within 24 hours of ordering. The cover may have some limited signs of wear but the pages are clean, intact and the spine remains undamaged. This book has clearly been well maintained and looked after thus far. Money back guarantee if you are not satisfied. See all our books here, order more than 1 book and get discounted shipping. . Seller Inventory # 7719-9780007610150

Book Description Harper Collins Promotion 01/11/2000, 2000. Condition: Very Good. Shipped within 24 hours from our UK warehouse. Clean, undamaged book with no damage to pages and minimal wear to the cover. Spine still tight, in very good condition. Remember if you are not happy, you are covered by our 100% money back guarantee. Seller Inventory # 6545-9780007610150