Walton, Calder Empire of Secrets: British Intelligence, the Cold War and the Twilight of Empire 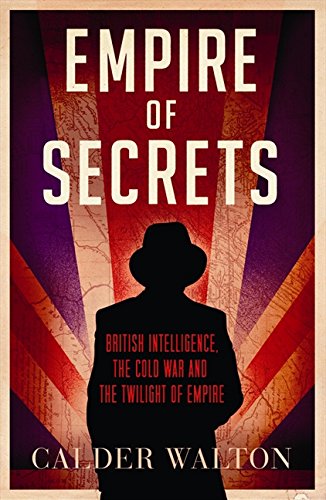 ‘A fascinating history of intelligence and empire. Walton’s book is perfectly timed, as Britain braces for a possible public inquiry into allegedly systemic torture of prisoners in Iraq. Walton provides appalling insight into the use of torture throughout the withdrawal from empire’ Observer

‘There is enough human anecdote and eccentricity in ‘Empire of Secrets’s “high octane” narrative to please even the most satiated consumer of such subjects ... a story that often left me wondering what on earth we pay these people for’ Michael Burleigh, Literary Review

‘Walton is a very good writer. ‘Empire of Secrets’ fairly rips along, summoning in places the verve of a good spy novel ... It is to his credit that he has produced such a gripping, thoughtful and satisfying book on an aspect of British history still largely hidden by shadow’ Daily Telegraph

‘A compulsively readable tale of loss of empire, a necessary process of decolonisation overseen by MI5’ Times

‘Fascinating ... moves the spooks from the periphery of history to its heart ... A well-documented, courageous and incisive first book by an author who has inhabited the real world of intelligence rather than a James Bond fantasy ... required reading’ The Tablet

Calder Walton is a leading expert among a new generation of intelligence historians. He has published widely on intelligence history, reviewing books for the Times Literary Supplement, and contributing to a number of books on British foreign policy and international relations. For six years, between 2003 and 2009, he was one of the principal researchers on Christopher Andrew’s unprecedented authorised history of MI5. This is his first book.