Items related to The Miko 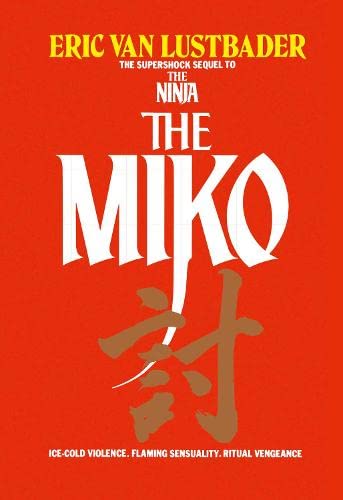 Eric Lustbader is the bestselling author of ‘Second Skin, ‘The Kaisho, ‘The Miko and ‘White Ninja’, all starring Nicholas Linnear. He graduated from Columbia University in 1969. He spent fifteen years in the music industry, including working for both Elektra and CBS Records, and writing for ‘Cash Box’ magazine. He has also been a teacher. He lives with his wife in Southampton, New York.

y paced and fascinating...An intricately designed puzzle."
CHICAGO SUN-TIMES
She is a sorceress--indescribably beautiful, overpoweringly sensual--who possesess incomprehensible powers. She is also a murderess who plans to use her power to kill Nicholas Linnear, the hero of THE NINJA.
This is only the beginning of this exotic thriller, where Lustbader weaves an utterly compelling tale of the CIA, the KGB, the technological world of modern Japan, and the mystical and dangerous realms of Ninja warriors....