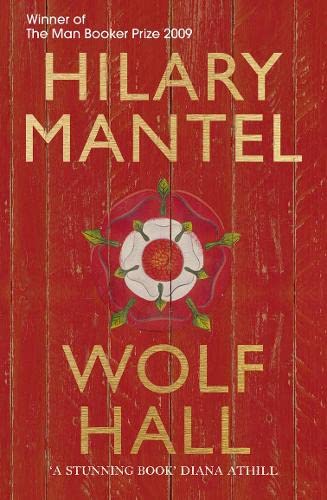 Winner of the Man Booker Prize

Shortlisted for the the Orange Prize

Shortlisted for the Costa Novel Award

‘Our most brilliant English writer’Guardian

England, the 1520s. Henry VIII is on the throne, but has no heir. Cardinal Wolsey is his chief advisor, charged with securing the divorce the pope refuses to grant. Into this atmosphere of distrust and need comes Thomas Cromwell, first as Wolsey's clerk, and later his successor.

Cromwell is a wholly original man: the son of a brutal blacksmith, a political genius, a briber, a charmer, a bully, a man with a delicate and deadly expertise in manipulating people and events. Ruthless in pursuit of his own interests, he is as ambitious in his wider politics as he is for himself. His reforming agenda is carried out in the grip of a self-interested parliament and a king who fluctuates between romantic passions and murderous rages.

From one of our finest living writers, Wolf Hall is that very rare thing: a truly great English novel, one that explores the intersection of individual psychology and wider politics. With a vast array of characters, and richly overflowing with incident, it peels back history to show us Tudor England as a half-made society, moulding itself with great passion and suffering and courage.

‘As soon as I opened the book I was gripped. I read it almost non-stop. When I did have to put it down, I was full of regret that the story was over, a regret I still feel. This is a wonderful and intelligently imagined retelling of a familiar tale from an unfamiliar angle’ The Times

‘A stunning book. It breaks free of what the novel has become nowadays. I can’t think of anything since Middlemarch which so convincingly builds a world’ Diana Athill, author of Somewhere Towards the End

‘This is a beautiful and profoundly human book, a dark mirror held up to our own world. And the fact that its conclusion takes place after the curtain has fallen only proves that Hilary Mantel is one of our bravest as well as our most brilliant writers’ Olivia Laing, Observer

‘A fascinating read, so good I rationed myself. It is remarkable and very learned; the texture is marvellously rich, the feel of Tudor London and the growing household of a man on the rise marvellously authentic. Characters real and imagined spring to life, from the childish and petulant King to Thomas Wolsey's jester, and it captures the extrovert, confident, violent mood of the age wonderfully’ C.J. Sansom, author of The Shardlake Series

‘A magnificent achievement: the scale of its vision and the fine stitching of its detail; the teeming canvas of characters; the style with its clipped but powerful immediacy; the wit, the poetry and the nuance’ Sarah Dunant, author of The Birth of Venus

‘A superb novel, beautifully constructed, and an absolutely compelling read. A novel of Tudor times which persuades us that we are there, at that moment, hungry to know what happens next. It is the making of our English world, and who can fail to be stirred by it?’ Helen Dunmore, author of Birdcage Walk

A magisterial new novel that takes us behind the scenes during one of the most formative periods in English history: the reign of Henry VIII. Wolf Hall is told mainly through the eyes of Thomas Cromwell, a self-made man who rose from a blacksmith's son in Putney to be the most powerful man in England after the king. The cast also includes Cardinal Wolsey, Thomas More, Anne Boleyn and Henry's other wives - and, of course, King Henry himself. It was a time when a half-made society was making itself with great passion and suffering and courage; a time when those involved in the art of the possible were servants to masters only interested in glorious gestures; a time when the very idea of social progress, and of a better world, was fresh, alien and threatening. It was a time of men who weren't like us, but who were creating us