Items related to The Death of Dalziel

Hill, Reginald The Death of Dalziel

The Death of Dalziel 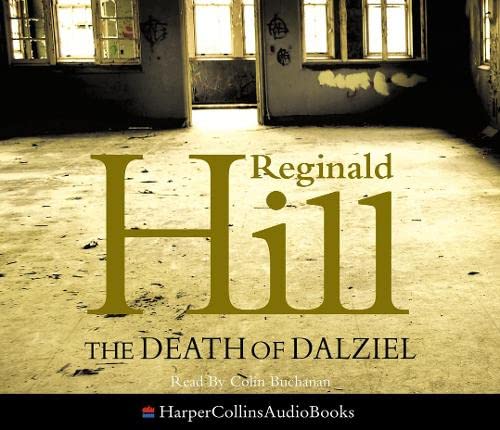 A psychological thriller starring Dalziel and Pascoe, the hugely popular police duo and stars of the long-running BBC TV series.

Caught in a huge Semtex explosion, it seems the only thing preventing Superintendent Andy Dalziel from death is his size – and sheer bloody-mindedness.

An injured DCI Peter Pascoe is convinced there’s a conspiracy at work, despite the security services concluding the blast was in fact an accident. Who, then, are the mysterious Knights Templar with their gruesome acts of vengeance? And what of a hit-and-run on one of Pascoe’s colleagues? And, most importantly, will Dalziel ever wake up to hear the truth...?

It’s not so much Reginald Hill’s productivity that is amazing (although producing novels for nearly four decades is impressive enough); it’s the unassailable quality of his writing that takes the breath away. With barely a misstep over the years, Hill’s chronicling of the abrasive (but, of late, more accommodating) relationship between his mismatched coppers, the no-holds-barred Andy Dalziel and the more nuanced Peter Pascoe, has been non-pareil, with the author’s plotting every inch a match for his spot-on characterisation (and not just of his detective duo -- there have been many sharply observed players introduced into the dramatis personae over the years). Of course, a title like The Death of Dalziel will set alarm bells ringing (as much, one assumes, for Hill’s publishers as for dedicated readers), and there's no denying that putting the life of his corpulent copper on the line ratchets up the tension here considerably.

We’re given a taste of Andy’s corrosive wit as he and Peter Pascoe observe a video shop that’s under surveillance by the security services for its supposed terrorist connections, but (before the reader has time to draw a breath), there is an explosion, and Dalziel is left lying unconscious, bleeding heavily and covered with debris, his body having shielded his partner from the worst of the blast. And for the rest of the book, while Pascoe tracks down the reasons behind the explosion (he doesn’t buy the obvious explanation, i.e., would-be terrorists have blown themselves up by accident), Hill tries something radically different: we are taken into the consciousness of the critically ill Dalziel in his hospital bed. These sections (discursive, alternately funny and sad) are among the most successful in a very successful book. --Barry Forshaw

Praise for ‘The Stranger House’:

‘A mystery novel but far more than that. It's gripping... Hill is wonderful.' The Times

‘You're enthralled by the cunning of the plotting... great.' Observer

‘It's a complex, multi-layered plot... it takes a master like Mr Hill to turn it into such an absorbing and atmospheric mystery.' Sunday Telegraph

‘A real treat. The characters are deftly drawn, the plot constantly delivers surprises and the assured narrative demonstrates again what a terrific writer he is.' Observer

‘As absorbing and as enjoyable as anything Hill has produced. The writing is brilliant, witty and erudite.' Evening Standard

1. The Death of Dalziel

Book Description Paperback. Condition: Very Good. The book has been read, but is in excellent condition. Pages are intact and not marred by notes or highlighting. The spine remains undamaged. Seller Inventory # GOR006426573

4. THE DEATH OF DALZIEL

5. The Death Of Dalziel

Book Description Harper Collins, London, 2007. Paperback. Condition: Very Good. Reprint. 408 pages. Book is in Very good condition throughout. Caught In The Blkast Of A Huge Semtex Explosion,ther Only Thing Preventing Supt.Dalziel From Stepping Through Death's Door Might Be His Own Size(and Indomitable Willpower). Seller Inventory # 083639