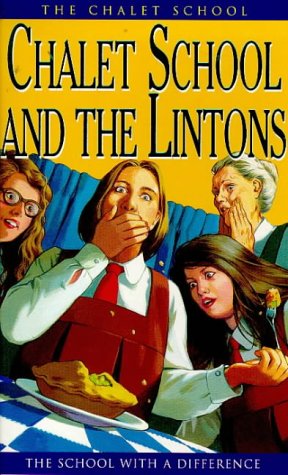 Gillian and Joyce Linton are as different as two sisters can be. When they arrive at the Chalet School, gentle and thoughtful Gillian soon settles down and makes friends, but spoiled, wilful Joyce will not obey school rules or respect classroom honour! Problems come to a head when Joyce organises a midnight feast – with dire consequences. The Lintons’ first term draws to a close with a hilarious staff evening, a memorable cookery lesson and another surprise for the Chalet School.

When Madge Bettany started the smallest school in Austria, little did she know how enduring would be its popularity or, indeed, just how many alarms and excursions would take place over the years. For not only does the school grow hugely but it also has to take in several moves, ending up in the Swiss Oberland. But never does the school lose its appeal – certainly not to Joey Bettany heroine of the series, through whose eyes we experience the mountain accidents and adventures of its pupils, and watch the coming of age of more than one generation of schoolgirls.

Elinor Brent-Dyer was born in 1894 in South Shields on Tyneside. At the age of eighteen she began a career in teaching which culminated when she founded The Margaret Roper School in Hereford. She was headmistress at the school from 1938-1948, during which time she wrote and published 14 books. She continued to write up until her death in 1969.

1. THE CHALET SCHOOL & THE LINTONS

2. THE CHALET SCHOOL & THE LINTONS

3. The Chalet School & the Lintons

4. The Chalet School & the Lintons