Items related to Some Girls Do: Why Women Do and Don't Ask Men Out

Leroy, Margaret Some Girls Do: Why Women Do and Don't Ask Men Out

Some Girls Do: Why Women Do and Don't Ask Men Out 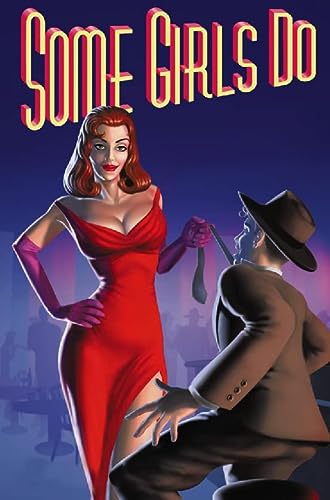 This book explores why, in these post-feminist days, otherwise confident and assertive women spend hours waiting for the phone to ring when they meet a man they like. It reveals the effects this passivity in courtship and relationships has on women’s sense of themselves, their self-image, concern with appearance, and their disgruntlement with men.

Women’s lack of sexual assertiveness, particularly early in relationships, is one of the few areas to remain relatively untouched by feminist ideology. Leroy shows that this passivity has an overwhelming effect on women’s confidence which in turn has a bearing on their behaviour in all aspects of their lives.

Looking at female fantasy, date rape, masochism, male responses and the media, and drawing on literature, interviews and research, she exposes hypocrisies, blows the lid on the women’s magazine industry, and finally suggests ways in which women can take control of their courtship rituals, becoming more at ease and assertive not just in this, but in all areas of their lives.

‘Don’t go clubbing without it’ – Independent

‘Enlightening. Exhilarating. Confirms both the best and the worst of every woman’s experience.’
Ros Miles, author of The Women’s History of the World, on Margaret Leroy’s Pleasure

When women say,'I'd love to ask men out but I simply couldn't,' what are they so scared of?

When men say they'd adore it if women asked them out, do they mean what they say?

Decades after the advent of feminism, women and men still largely believe that it's a man's job to make the first move in sexual relationships. Even women who have achieved financial independence and have the ability and means to control and shape their own lives will admit to spending hours waiting by the phone.

Despite the new challenged of courtship in the modern world, we continue to cling to the security of traditional roles. Drawing on interviews, research and examples from literature and media, Margaret Leroy reveals the fundamental desires, hopes, fears and frustrations behind feminine codes of conduct and dating rituals. She shows how men and women communicate through a maze of hypocrisy, guesswork and self-doubt, and explodes the myth that women who take the initiative are also taking the biggest risks. 'Some Girls Do' is an essential guide to overcoming the last female taboo.

"An accessible analysis of courtship today, ranging from money to danger by way of mythologies, looks and smiles"
INDEPENDENT

1. Some Girls Do: Why Women Do and Dont Ask Men Out

Book Description HarperCollins, 1998. Paperback. Condition: Used; Good. Dispatched, from the UK, within 48 hours of ordering. This book is in good condition but will show signs of previous ownership. Please expect some creasing to the spine and/or minor damage to the cover. Grubby book may have mild dirt or some staining, mostly on the edges of pages. Seller Inventory # CHL5468672

2. SOME GIRLS DO: WHY WOMEN DO AND DON'T MAKE THE FIRST MOVE

3. Some Girls Do: Why Women Do and Don't Ask Men Out