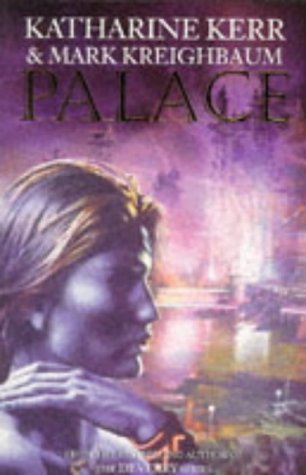 The first of a trilogy, "Palace" tells the story of Vi-Kata who has been hired to murder two humans, one of whom is his intended bride. Meanwhile, a young Cyberguild apprentice comes across a powerful entity that is trying to obliterate large areas of the network.

Katharine Kerr was born in Ohio and moved to San Francisco Bay Area in 1962, where she has lived ever since. She has read extensively in the fields of classical archeology, and medieval and dark ages history and literature, and these influences are clear in her work. Her epic Deverry series has won widespread praise and millions of fans around the world.