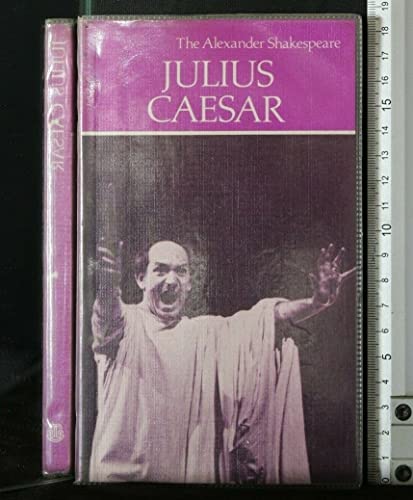 Julius Caesar is a tragedy by William Shakespeare, believed to have been written in 1599. It portrays the conspiracy against the Roman dictator of the same name, his assassination and its aftermath. It is one of several Roman plays that he wrote, based on true events from Roman history, which also include Coriolanus and Antony and Cleopatra. Although the title of the play is Julius Caesar, Caesar is not the central character in its action; he appears in only three scenes, and is killed at the beginning of the third act. The protagonist of the play is Marcus Brutus, and the central psychological drama is his struggle between the conflicting demands of honour, patriotism, and friendship.

One of Shakespeare's most political plays, Julius Caesar continued Shakespeare's interest in Roman history, first developed in Titus Andronicus. Drawing on Plutarch, the great historian of Rome, Shakespeare dramatises one of the most crucial moments in Roman history--the assassination of Julius Caesar. Loved by the Roman crowd but increasingly feared by the Senators, Caesar increasingly shows signs of his desire to abolish the Republic and crown himself emperor. A conspiracy is hatched, led by Cassius and Brutus, who murder Caesar on the steps of the Capitol. Mourning over his dead friend's body, Mark Antony gives one of the famous rhetorical speeches in literature, asking "Friends, Romans, Countrymen" to lament Caesar's death, privately vowing to "let slip the dogs of war" against those who have shed Caesar's blood. Antony joins forces with Caesar's son Octavius to defeat Cassius and Brutus in battle, and establish an uneasy alliance whose collapse is dramatised in Shakespeare's later play Antony and Cleopatra. Written at the end of Queen Elizabeth's reign, Julius Caesar has been seen by many as a radically pro-Republican play which sailed close to the political wind of the time. --Jerry Brotton

Book Description Paperback. Condition: Very Good. The book has been read, but is in excellent condition. Pages are intact and not marred by notes or highlighting. The spine remains undamaged. Seller Inventory # GOR008325009